I am travelling to India this weekend to celebrate the 75th anniversary of 10 Squadron of the Indian Air Force. My father, Bob Doe, was their first commanding officer. I am delighted and honoured to be invited to Jodhpur .

When writing his biography, Fighter Pilot,  I learnt so much about the WW2 campaign in India and Burma.

Brunel's Ships and Boats now out

My latest book is now out. It takes a look at Brunel's lifelong interest in ships and boats. He drew sketches constantly and in his notebooks there are drawings of  everything from a rowing boat to monster steamships.

So his three big ships, Great Western, Great Britain and Great Eastern are there, but also a humble steam dredger and a few others you may not have encountered. Thanks to the Brunel Institute at the SS Great Britain in Bristol, this book is very well illustrated with over 100 pictures. Several of my favourites are in there including the amazing photo of the Great Britain returning across the Atlantic on the salvage raft in 1970 with an RAF escort.

Heading off this week to Brisbane to join the Cunard ship, Queen Elizabeth, as an onboard lecturer. I shall be joining the passengers on our way to Osaka. I have some wonderful stories to tell connected to that part of the world. Among them will be Brunel's Great Britain which took emigrants to Australia, early passengers in P&O steam ships across the Indian Ocean and the air war in the Far East in WW2. Plus the amazing journey of Mary Bryant, a Fowey girl who was transported to Australia but made an incredible escape to East Timor.  I am almost following her route but in considerably more comfort.

Reviews of The First Atlantic Liner 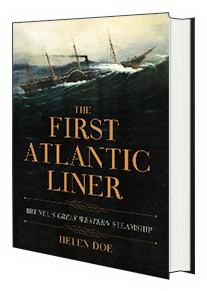 Positive reviews are coming in of The First Atlantic Liner. The reviewer in Shipping Today and Yesterday magazine writes  'This is an excellent book and I would very highly recommend it.' The magazine of the Worshipful Company of Master Mariners published a detailed review and described it as a 'well-researched maritime and social history'. While Nautilus, the magazine of the Seafarer Union, also wrote a detailed review and praised the vivid descriptions, human stories and the information on crew conditions onboard early steamships.

The website, The Bookbag , gives it a high rating and describes it as a 'lively account of life on board, based on reports from the contemporary press and from the diaries of British and American passengers'.

The First Atlantic Liner due out on 15th July 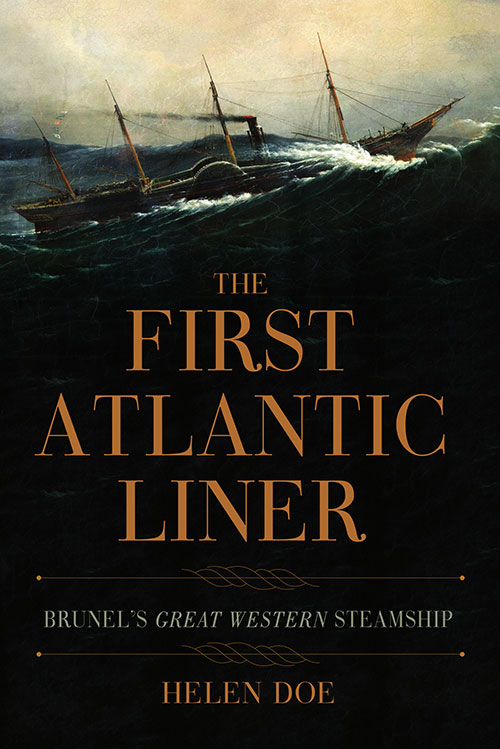 Here is the new book, the story of Brunel’s first steamship and the people on board.

I have uncovered some great stories of life at sea in this technically advanced ship that confounded all the sceptics.  Unlike his two later ships, the Great Britain and Great Eastern, this one was built of wood and influenced the design of steamships for many years.

It linked New York and London in the 1840s and provided a bridge between the London of Charles Dickens and a youthful Queen Victoria with pre-civil war  New York.

Published by Amberley Press the book will be widely available.

Another great review of Fighter Pilot 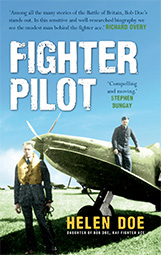 The RAF Historical Society Journal for this year includes a great review. The author starts by admitting he is very wary of autobiographies and also of biographies by close family members. I could not agree with him more on that score. But his doubts gave way to warm, and rather embarrassing, praise. For me, this is very special as I knew when I set out to write the book that I would be judged on how well I remained objective.

This book continues to feature in the top five bestsellers of Battle of Britain books on Amazon, so clearly readers also like it.

Who Do You Think You Are?

My recent appearance on WDYTYA was aired on BBC1 on 15th December. I am seen advising Cheryl on her maritime ancestors. It was a great programme to work on and the team were excellent.

‘A truly wonderful biography… meticulously researched… expertly written… has pace, action and engaging content. A highly commendable book and one that will become a classic in the genre of Battle of Britain pilot’s biographies.’

I am currently working hard to finish my next book.  It is a celebration of Brunel’s first steamship, Great Western. Launched in 1838 this paddle steamer began the first regular crossing between England and America with a service between Bristol and New York. 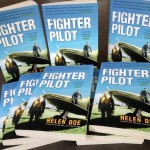 I am thrilled to see that Amberley have just released the paper back version of Fighter Pilot: The RAF career of Battle of Britain Ace, Bob Doe. 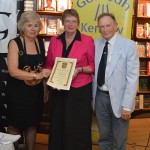 The Maritime History of Cornwall won the non fiction award ( marine and industrial heritage category) at the Holyer an Gof awards on 14th July. Here are Alston Kennerley and myself being presented with the award by Maureen Fuller, Grand Bard of the Cornish Gorseth. It was a major project, involving many people and taking many years so it is wonderful to get this recognition on everyone’s behalf.

The book is now out and thank you to those who have already sent me some kind comments. I now have a Facebook page where I am posting additional material to accompany the book. These include a few photographs and some short audio clips. The diary is getting busy as I shall be at the Flying Legends Air show at Duxford on 11th July to sign my book ( courtesy of the Aviation Bookshop) and then at the Battle of Britain Memorial at Capel Le Ferne on 12th July.    This is always a moving occasion.

The book is now available for pre ordering via Amazon or Amberley Books. Both sites are offering pre publication discounts.

My manuscript is now with Amberley Books. This biography of my father, Wing Commander Bob Doe , was a fascinating task. I learned so much about him and the men with whom he served. My admiration continues to grow as I discover more about so many ‘ordinary’ people who did extra-ordinary things in war time. I shall be continuing my research in this area. Meanwhile I am looking forward to the publication – sometime in May 2015 I understand.